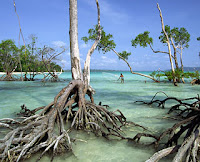 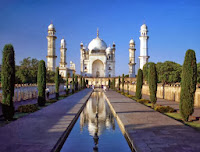 O točnem programu se bomo dogovorili na sestanku
***
Aurangabad je mesto številnih zgodovinskih spomenikov, med drugim kopija znamenitega Taj Mahala. Izhodišče za neverjetne votline/ templje Ajanta in Ellora.
***
Ajanta Caves
The Ajanta Caves in Aurangabad district of Maharashtra, India are about 300 rock-cut Buddhist cave monuments which date from the 2nd century BCE to about 480 or 650 CE. The caves include paintings and sculptures described by the government Archaeological Survey of India as "the finest surviving examples of Indian art, particularly painting", which are masterpieces of Buddhist religious art, with figures of the Buddha and depictions of the Jataka tales. The caves were built in two phases starting around the 2nd century BCE, with the second group of caves built around 400–650 CE according to older accounts, or all in a brief period between 460 to 480 according to the recent proposals of Walter M. Spink. The site is a protected monument in the care of the Archaeological Survey of India, and since 1983, the Ajanta Caves have been a UNESCO World Heritage Site.

***
Ellora Caves
Ellora is an archaeological site, 29 km (18 mi) North-West of the city of Aurangabad in the Indian state of Maharashtra built by the Rashtrakuta dynasty. It is also known as Elapura (in the Rashtrakuta literature) and Ellooru. Well known for its monumental caves, Ellora is a World Heritage Site. Ellora represents the epitome of Indian rock-cut architecture. The 34 "caves" – actually structures excavated out of the vertical face of the Charanandri hills. Buddhist, Hindu and Jain rock-cut temples and viharas and mathas were built between the 5th century and 10th century. The 12 Buddhist (caves 1–12), 17 Hindu (caves 13–29) and 5 Jain (caves 30–34) caves, built in proximity, demonstrate the religious harmony prevalent during this period of Indian history. It is a protected monument under the Archaeological Survey of India
*** 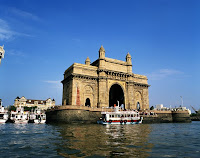 Mumbai (Bombay) prestolnica Bollywooda,
Measure out: one part Hollywood; six parts traffic; a bunch of rich power-moguls; stir in half a dozen colonial relics (use big ones); pour in six heaped cups of poverty; add a smattering of swish bars and restaurants (don’t skimp on quality here for best results); equal parts of mayhem and order; as many ancient bazaars as you have lying around; a handful of Hinduism; a dash of Islam; fold in your mixture with equal parts India; throw it all in a blender on high (adding generous helpings of pollution to taste) and presto: Mumbai.
Only once the initial shell shock of Mumbai’s chaos subsides, can one start to appreciate the city’s allure: a wealth of Art Deco and grand colonial relics; cacophonic temples; warrens of bazaars; and the odd spiritual bastion of tranquillity. In Mumbai you can dine at some of the finest restaurants in the country, and work off the appetite gyrating at ultrachic bars alongside Bollywood starlets and wannabes. With a pinch of gumption, a dash of adventure, an open wallet and a running start, there’s no excuse not to dive into the Mumbai madness head-first.

***
Andamanski otoki
najlepše plaže, čudovita narava in nedotaknjena ljudstva.
Andaman Islands - Lovely opaque emerald waters are surrounded by primeval jungle and mangrove forest; snow-white beaches melt under fl ame-and-purple sunsets; and the population is a friendly masala of South and Southeast Asian settlers, as well as Negrito ethnic groups whose arrival here still has anthropologists baffl ed. And geographically, the Andamans are more Southeast Asia – 150km from Indonesia and 190km from Myanmar – making them all the more intriguing.
Dec–Apr High tourist season: perfect sunny days, optimal diving conditions. Dec–Mar Best time to see turtles nesting
The Andamans are one of the world’s great diving locations, as much for their relative isolation as their crystal-clear waters, superb coral and kaleidoscopic marine life. The main dive season is roughly November to April, but trips still occur during the summer wet season (June to August) – just closer to the shore. Diving conditions are generally fi ne in September and October; there’s just rain to contend with. Centres off er fully equipped boat dives, discover scuba diving courses (from R4000)
*** 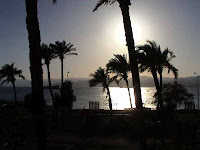 Goa
Swaying palms, white sands and sparkling waters: the three essential elements that attract 2 million visitors annually to Goa’s balmy shores are plentiful in this tiny, glorious slice of India hugging the country’s western coastline and bounded by the Arabian Sea.
A solitary Portuguese outpost in India for almost 500 years, the influence of colonial rule can still be seen everywhere: in the exquisite, crumbling architecture; in the East-meets-West cuisine which combines coconut milk, palm vinegar and chillies with the refined flavours of Lisbon; in the melancholy strains of fado that still waft occasionally on the bougainvillea-scented breeze; and in the siesta-saturated joie de vivre that Goans themselves call susegad. Nowhere else in India will you find the laid-back languidness of a Goan lunchtime, the easy charms of its people or the soothing serenity of a day on its beaches.
But there's far more to discover here than the exquisite pleasure of warm sand between your toes. Pep up your stay with a wander around a vanilla-scented spice plantation, stroll the bird-filled banks of the state's gentle rivers, poke around centuries-old cathedrals, and venture out to white-water waterfalls.